“A distinctly British twist on a sound that harks back to the glory days of Deep Elm Records and Sub Pop. A fusion of 90’s British indie and American Emo.”

With previous releases under their belts on Gallows’ owned Venn Records and FITA records, Moose Blood followed up the ‘Moving Home’ and ‘Boston/Orlando’ EPs with a split 7″ with long-time friends Departures on No Sleep Records. This led the band towards a busy touring schedule throughout the UK and Europe, playing amongst the likes of The Appleseed Cast, Mallory Knox, Balance & Composure and Funeral for a Friend.

Their debut full length, ‘I’ll Keep You In Mind From Time To Time’ has been released to much acclaim and has garnered the band attention from both sides of the Atlantic. The album, produced by Beau Burchall in Los Angeles, is “a record full of summer anthems and rocking emo that has some hooks so vast that it literally takes days to shake some of these songs of your head. Singer/Guitarist Eddy Brewerton delivers an unforgettable performance on the album, backed up by Mark Osborne on Guitar, Glenn Harvey on drums and Kyle Todd on Bass.”

In support of the release the band toured extensively throughout 2014 and 2015, across Europe and the UK supporting the likes of Balance & Composure, Man Overboard, Mallory Knox and Fightstar and in North America, spending 2 months on the renowned Vans Warped Tour. Their debut headline tour across the UK was completely sold out and the band were soon gathering interest in mainstream UK media, with singles ’Swim’ and ‘Gum’ sharing success on Radio 1 with plays from the likes of Dan P Carter and Huw Stephens and leading music magazines Kerrang! and Rock Sound heavily featuring the band. A final highlight of the band’s debut album campaign came at the end of Summer 2015 with a high profile slot at Reading and Leeds Festival.

“When Moose Blood hit the emotional buttons as they do so well on Gum and Bukowski, they’re great value.” – Kerrang! Magazine

“There’s a Moose Blood song for everyone; a reference to some indie classic that strikes a chord, some trivial encounter from the past that meant so much, a situation that is so familiar there’s nothing to do but fall in love with some small part of them.” – DIY Magazine

“There’s a coterie of UK bands out there to believe in right now. Moose Blood are one of the most important. ” – Rock Sound 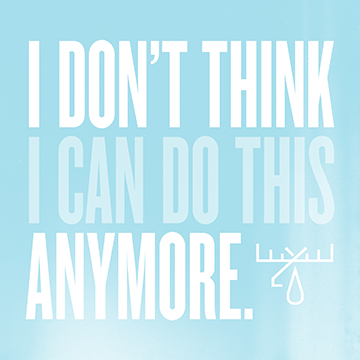