Creating a culture that causes Gen Z hysteria is no easy feat, but SCARLXRD is a master at breaking those kind of boundaries. At the age of 25, the Wolverhampton-born artist has amassed a following most underground hip-hop stars would dream of: 1.7 million Instagram followers, a slew of sold out shows and a million-or-more-strong legion of fans who religiously stream his music online. His trick? To reject the current blueprint and forge another path; one few people in rap have dared to tread so far.

By doing what he does so relentlessly – fusing genres, filling venues and funnelling the sombre, fucked up mood of a generation through his music – SCARLXRD has established himself as a true original. Pioneers are hard to come by, but in a sea of money-chasing hip-hop stars with their eyes on taking someone else’s crown, it’s rare to see someone running off-piste towards a different goal altogether. “I don’t think there’s going to be another SCARLXRD while SCARLXRD exists,” he says, his words prolific. “I’ll firmly have the torch. I’m the one with the story.”

And he’s right: no matter how many copycats and homages come later, we never forget the number one. 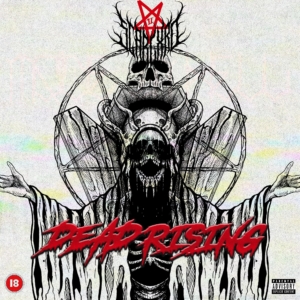