William Ryan Key continues musical journey by exploring genres and instrumentals via his new EP, ‘Everything Except Desire’. Primarily known for his past work within the rock scene, Key is excited to share his cinematic experimental electronic tracks and new direction with the world with the goal of his fans “experiencing something new”.

‘Everything Except Desire’ was written and produced by Key on a month-to-month basis and was initially released to his Patreon subscribers at the start of Summer 2020. After receiving heavy praise from his fans, Key enlisted the help from friends Ryan Mendez, Erich Talaba and Mike Kalajian for mixing and mastering and set the release plan in motion.

Recording the songs in that fashion allowed Key to start exploring new sounds in a way he was never able to before. This freedom gave Key the confidence to create new soundscapes that physically manifest his continuous music career. “I was fighting the fight of wanting to continue music, but needing to move on from Yellowcard. It was a freeing sensation to finally press record,” Key recalls. You can easily hear this lack of fear in the carrying melodies of each track.

While the EP experiments with many different sounds and melodies, the lyrics are just as complex. Taking inspiration from a time where Key was focusing his emotional energy on a toxic situation, Key used this EP as a way to examine his own mental health and find some peace. “I wanted to figure out why I let that happen to me. I allowed myself to be vulnerable for the wrong reasons, and I needed to understand that,” Key reflected.

“Face In a Frame”, the first single and the first track written for ‘Everything Except Desire’, is a great example of the energy the EP brings forth. Composed of only two verses and no chorus, this experimental track is the first of its kind from Key. Its instrumentals provide an atmospheric environment for the listener, while the lyrics take a deep-dive into the emotions of loss and confusion. However, the next track, “Brighton”, is a pleasant change of tempo and pitch from the previous song. Starting with a memorable bass line that melds into the extended open chords in the chorus, the listener rides the waves as the synth blooms around them. The lyrics “I will elevate the uninvited so I can feel a goddamn thing” portray even more self-analyzation from Key.

‘Everything Except Desire’ represents William Ryan Key becoming healthier and shedding mental weight throughout his exploration. “This EP was an attempt to find a better version of myself and figure out why I let myself fall into those negative patterns and habits,” said Key. He hopes listeners will aim to stop thriving off of the negativity in their lives and wants to remind them to take daily notes of the good things surrounding them. “You don’t have to function on struggle and pain. You can find ways to express what you’re dealing with without physically manifesting it in your life.” 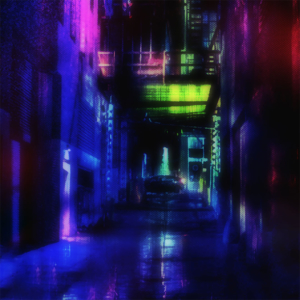